You are nervous, I get it.

You are nervous that you will come to April 15th and get hit with an enormous tax bill.

You can hear your accountant now, “Sally, you had a great year, but we didn’t plan accordingly, and you owe $10,500, and since you didn’t pay enough in tax you will have a penalty for underpayment of estimated taxes” Ouch.

Wonder if I could spin that and tell you that paying tax is a good thing, and that the “ouch” can be reduced and lessened by planning…effective planning. Let’s first go over the rules regarding estimated tax payments.

It is just a penalty, and depending on the amount of tax due, it might not even be that much, and there are planning opportunities to alleviate any stress you have from this situation.

This penalty does not make you a bad person, we are working with estimates here. You wanna play it safe, I will explain how, you want to gamble, you can do that too.

Here are two scenarios where tax strategies and planning can reduce and lessen this worry:

Sally is a single woman, half-way through the year she left her well-paying salaried corporate position, to embark upon starting her new career as an entrepreneur.

In the prior year, her total tax due was $10,000, and her withholding covered the full amount, with a refund back into her pocket.

In the current year, she left the corporate gig in June, noting that she had paid in withholdings of $6,000 to date.

She scales fast, and her new side gig turned into a thriving business.

She hires a bookkeeper, and she matches her full corporate salary in the remaining half of the year.

She didn’t set up any structure beyond an LLC (meaning to the IRS, you were just a single-member LLC reporting the tax on your personal Form 1040), so she is paying income tax and self-employment tax on the earnings.

She is advised to pay some estimated payments in January, but no one advises her on the amount to pay, she decides to pay $2,000.

She gets to March 10th, speaks with her tax accountant, and gets the news.

Her total tax due is $14,000, and she could have a penalty for not paying enough tax during the year. Sally didn’t know how to calculate the tax she would have had due, but she should have paid in either 100% of prior year tax, or 90% of what she estimated for the year.

Because she was a growing entrepreneur, and taxes aren’t her forte, the BEST option would have been to pay in at least 100% (or 110% — see notes below) of prior-year tax.

In her case, Sally should have just made sure she paid in $10,000. This would reduce any penalty for underpayment of estimated tax. She would still owe the additional tax payments of $4,000, but she wouldn’t get any penalty as long as she paid by April 15th.

Hold out and anticipate a penalty come April 15th, along with a balance due.

You do not need to pay in any more than 90% of the current year or 100% (110% if over thresholds discussed above) of the prior year. My advice, get a tax professional to keep you on track throughout the year, work through estimates quarterly, so you are not paying in more than you need to. Remember, the IRS will not pay you for the usage of your funds, the funds are better used to help your business grow!

Brian is an entrepreneur.

His wife is a corporate ladder-climber, with a good salary.

They file as married filing joint.

Brian keeps his bookkeeping in order, and halfway through the year sees a big jump in his sales.

Their accountant advised them to pay $6,000 at extension on April 15th.

When their return was filed in June of the current year they had an overpayment of $2,000 applied to estimated tax.

The overpayment applied to the 1st and 2nd quarters. Brian pays the 3rd quarter and then realizes his sales increased by 20%.

Brian has a couple of options: a) pay the estimate for the 4th quarter, which will penalty proof him and reduce any penalty for underpayment of estimated taxes, and keep the extra cash flow set aside for payment at extension, or b) increase the withholdings his wife takes, to pay in at least the additional $1,000, and potentially more.

Either way, as long as he and his wife have paid in 100% of prior-year tax, they will not be hit with a penalty for underpayment of estimated taxes.

Plan accordingly with help from a bookkeeper or a tax professional, and make sure you have paid enough in to “penalty-proof” you, but set aside the other cash in a high interest-bearing account.

Or, plan for some retirement structure by year-end to reduce your tax burden.

BUT, at the end of the day, if you happen to make a mistake in your estimate, remember, it will not cause any more damage than a small penalty.

At the end of the day, estimated tax payments are a guide, or another way to think about it is they are the government’s way of making sure they have funds paid into the Treasury!

If you pay all year, less to worry about come tax time, but with that said, your money is more valuable in your pocket until such time that it is required to be paid to the Treasury.

I have seen multi-millionaires choose not to pay in estimates purely because the earnings on the investment brokerage account were greater than the penalty being charged.

Do what feels right for you and your business, BUT no matter what, make sure you are setting aside funds all year so you are not sidelined with a huge tax bill you cannot pay!

I am a CPA with almost 10 years of private and public accounting experience, working primarily with individuals, their businesses, and their families in the private wealth arena. I have built an incredible wealth of knowledge which allows me to assist growing entrepreneurs. I understand the impact of being proactive and working with clients on a regular basis, thereby cultivating ease and calm throughout the year, leading to further successes. 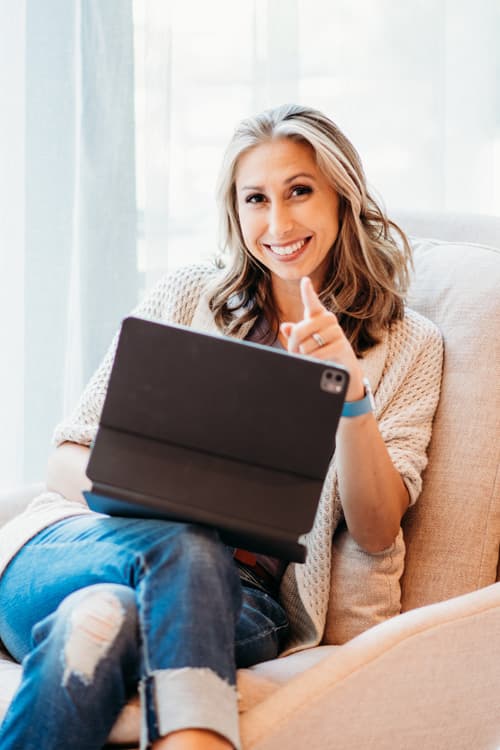 Do you think you might be missing some tax deductions? Grab my Quick Reference Guide that will bring clarity and support to your business! 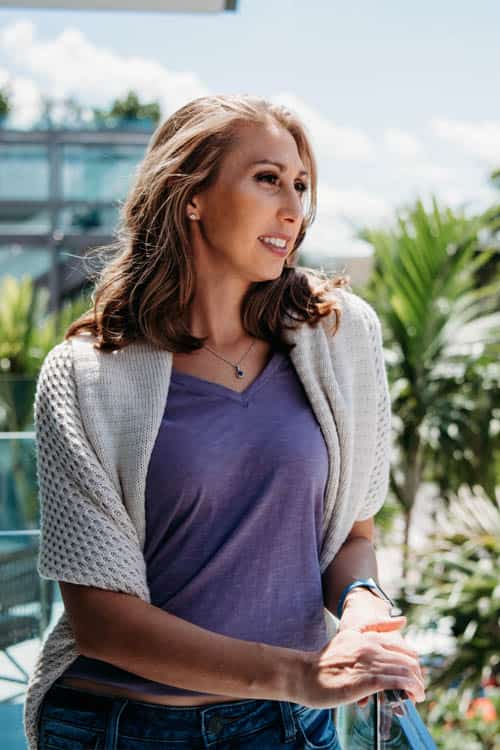 Join my community on Instagram for the latest updates!